The 15 Most Beautiful Ceilings in the World

On Instagram we have a hashtag called “Ceilings of the World”, where we give a spotlight to all the beautiful ceilings that can be found in every corner of our planet. We wanted to celebrate them by telling you about some of our personal favorites and telling you a little bit about the artists behind them! 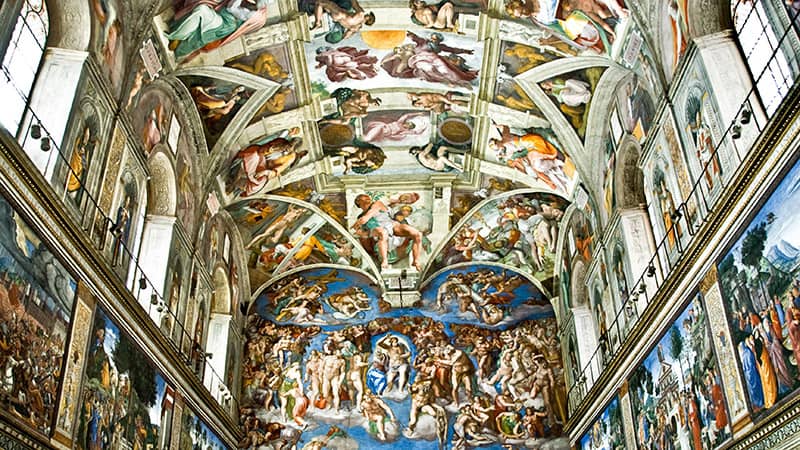 The Sistine Chapel is a chapel in Vatican City, and it’s probably the most famous ceiling in the world. Originally known as the Cappella Magna ('Great Chapel'), the chapel takes its name from Pope Sixtus.

Between 1508 and 1512, Michelangelo Buonarroti painted the chapel's ceiling, a project which changed the course of Western art and is regarded as one of the major artistic accomplishments of human civilization. 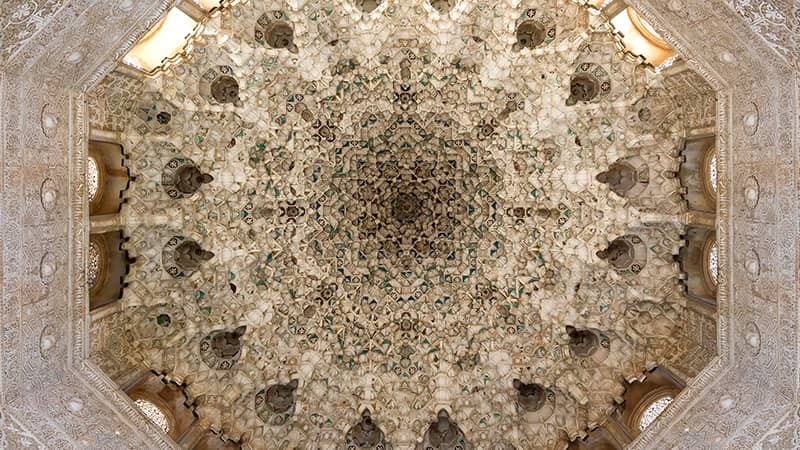 The Alhambra is a palace and fortress complex located in Granada, Spain. It was originally constructed as a small fortress on the remains of ancient Roman fortifications, and then largely ignored until its ruins were renovated and rebuilt in the mid-13th by the Emirate of Granada, who built its current palace and walls.

Despite neglect and vandalism (and some bad restoration), the Alhambra endures as an example of Muslim art in its final European stages, without any Bizantine influences. 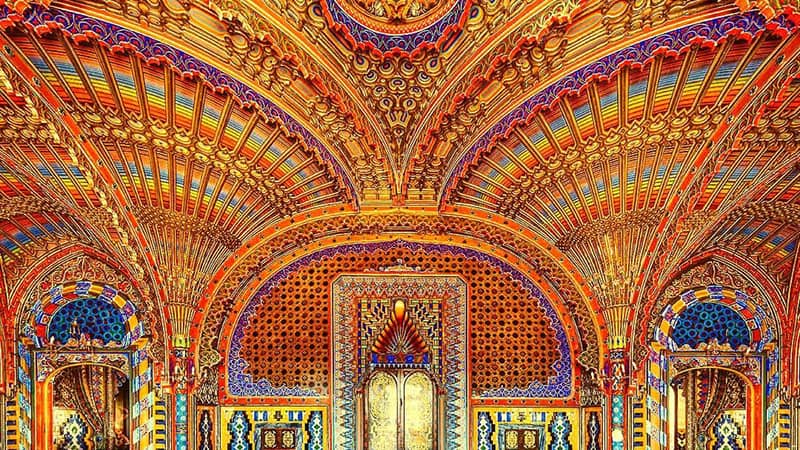 The Peacock Room is one of the 365 rooms (yes, one for each day of the year) in the Castle of Sammezzano, an Italian palazzo in Tuscany that’s most famous for its Moorish Revival architectural style. Despite its beauty, it’s in a state of disrepair and very few people have been granted access in the last 25 years.

The mystery only lends to the intrigue of visiting it. In the past, visitors could apply for a specialty visit via an organized lottery but there are no public openings at this time. It’s hoped that its placement on the endangered European heritage sites list will restore it and reopen it to visitors in the future. 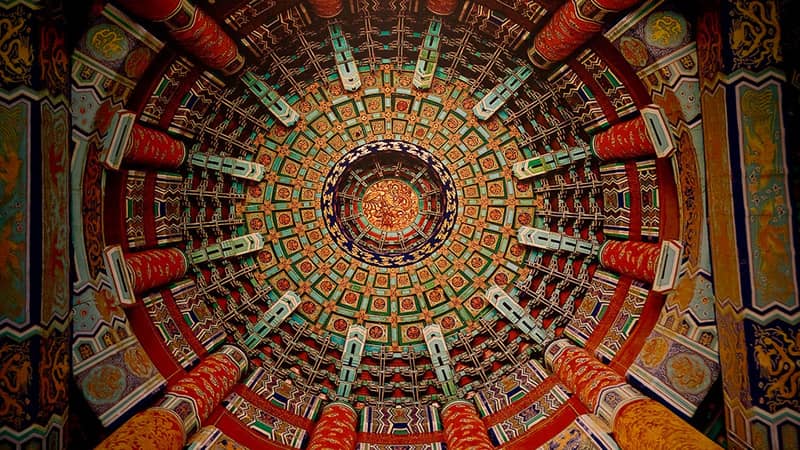 The Temple of Heaven is a complex of religious buildings situated in the southeastern part of central Beijing. The complex was visited by the Emperors of the Ming and Qing dynasties for annual ceremonies of prayer to Heaven for a good harvest.

The Temple of Heaven was inscribed as a UNESCO World Heritage Site in 1998 and was described as "a masterpiece of architecture and landscape design which simply and graphically illustrates a cosmogony of great importance for the evolution of one of the world's great civilizations". 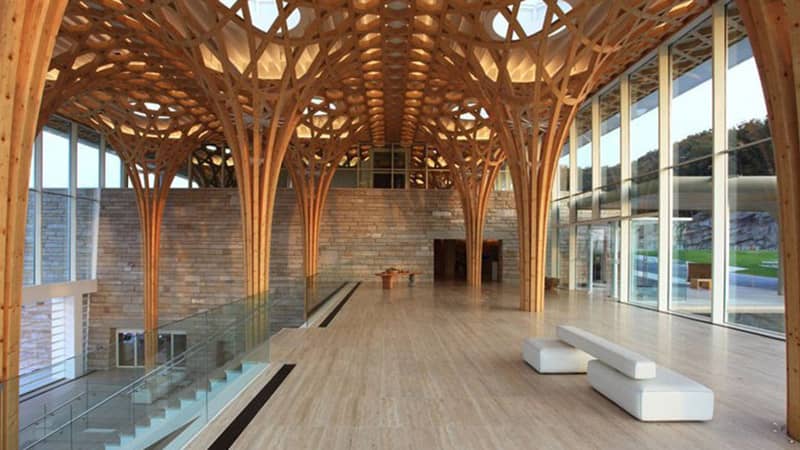 Haesley Nine Bridges is a unique golf clubhouse designed by the architects Keyong Sik Yoon of Seoul and Shigeru Ban of Tokyo. The roof construction consists of 21 intricate, tree-like columns rising 15 meters from the ground, connecting all three floors with the roof. The design was inspired by a number of natural elements, giving this project a unique appearance. 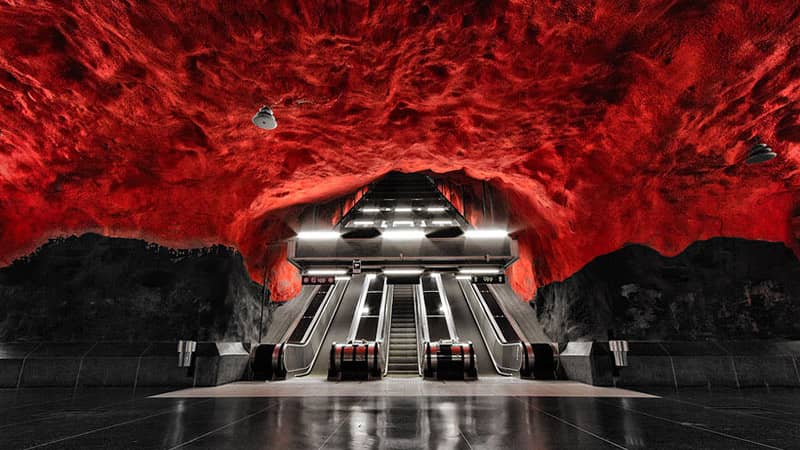 The metro network in Stockholm is a playground for creative people: over 150 architects, painters and sculptors have immortalized themselves in the "Tunnelbana." The result is an impressive exhibition of works that proves that subway architecture is anything but boring.

Most of the stations have colorful cave-like rock structures, which are the special style of the train station architecture. One particularly impressive example of these cave train stations is the "Solna Centrum" stop. The walls and ceiling glow a deep red, like glowing lava or a fiery inferno. 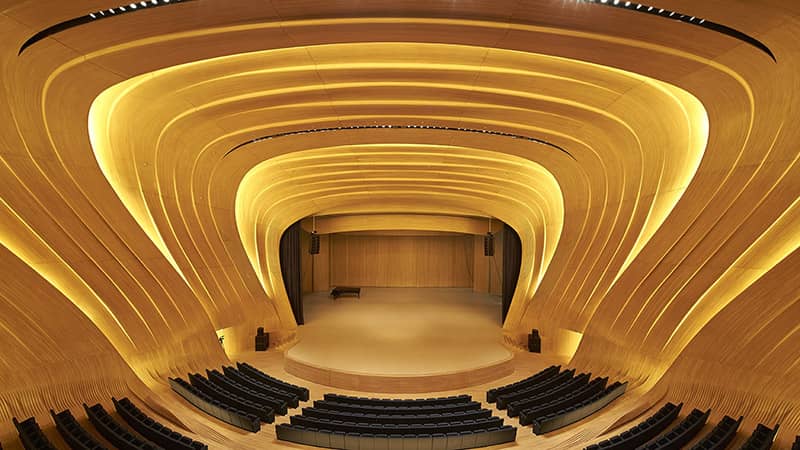 As part of the former Soviet Union, the urbanism and architecture of Baku —the capital of Azerbaijan— was heavily influenced by the planning of that era. Since its independence in 1991, Azerbaijan has invested in modernising and developing Baku’s architecture, departing from its legacy of normative Soviet Modernism.

The Heydar Aliyev Center, designed by Zaha Hadid Architecture, is one of the world’s masterpieces in architecture. This extraordinary building is known for its fluid, wave-like design; not a single straight line was used in the Center’s design. 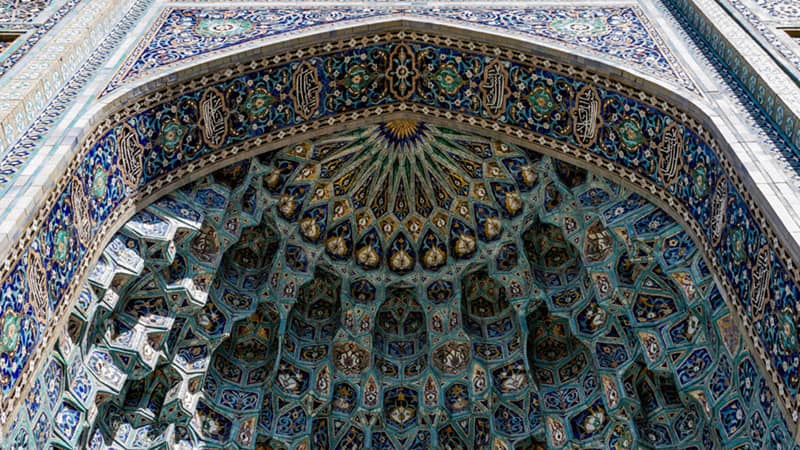 The Shah Mosque is a mosque located in Isfahan, Iran. It is regarded as one of the masterpieces of Persian architecture in the Islamic era. Its construction began in 1611, and its splendour is mainly due to the beauty of its seven-colour mosaic tiles and calligraphic inscriptions. The Royal Mosque is registered as a UNESCO World Heritage Site. 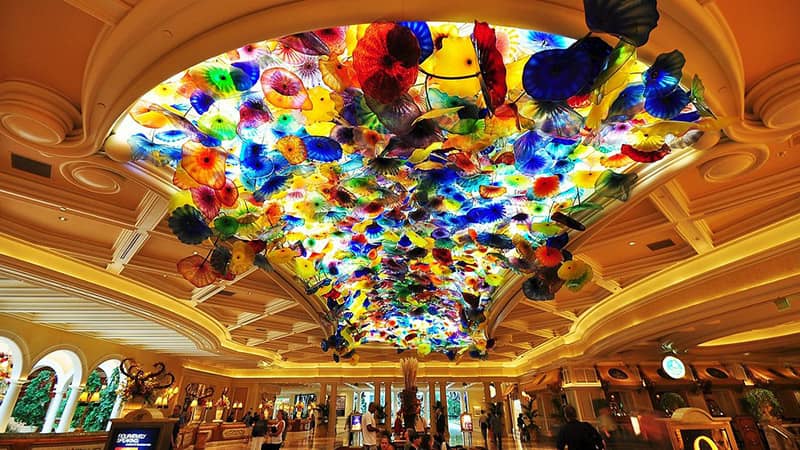 The Bellagio is a luxury hotel and casino on the Las Vegas Strip. Inspired by the Lake Como town of Bellagio in Italy, the Bellagio is famed for its elegance. Inside the hotel, Dale Chihuly's Fiori di Como, composed of over 2,000 hand-blown glass flowers, covers 2,000 sq ft. of the lobby ceiling. 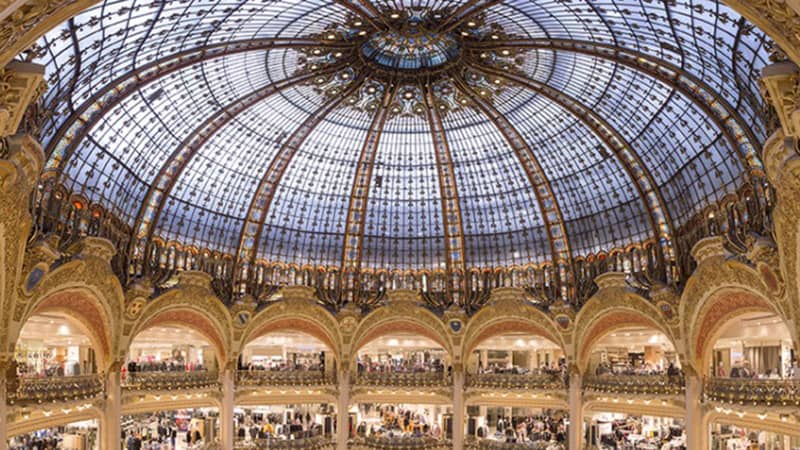 Galeries Lafayette is located on Boulevard Haussmann in the 9th arrondissement of Paris. It’s fashion flagship store, and a wide range of brands are available at the store to suit all budgets: from ready-to-wear to haute couture. The architecture of the store is art nouveau, with a remarkable dome and a panoramic view of Paris that has made it a tourist attraction of the French capital city. 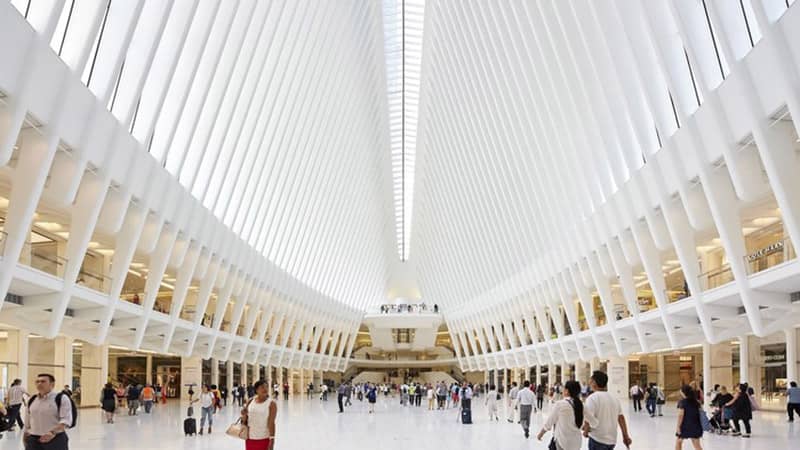 Many people forget how much damage was really caused by 9/11. The entire World Trade Center, all seven buildings, were completely destroyed, along with the PATH train station that served millions of commuters.

The Oculus was designed by Spanish architect Santiago Calatrava. He intended it to resemble a dove leaving a child’s hands. You can see it in the tall, steel columns that make up the exterior: together, this series of columns forms a pair of “wings”. 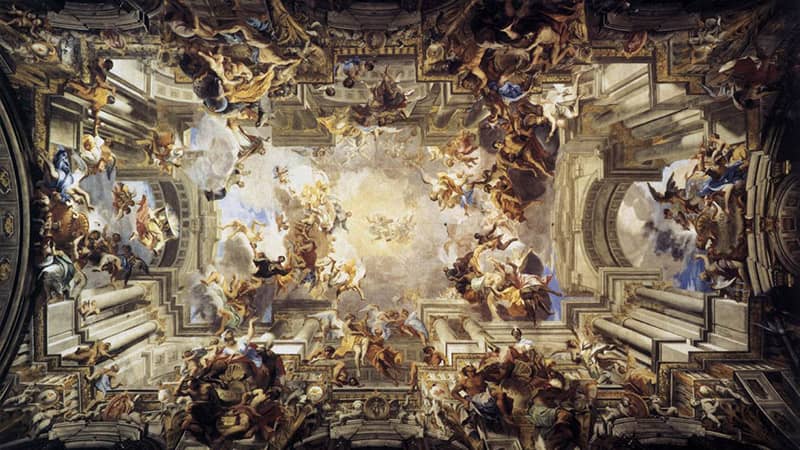 San Pantalon is a church dedicated to one of the seven patron saints of Venice. Unfortunately, the façade of the church was never completed due to a lack of funds: you can still see the elements on the brick façade which were intended to support the weight of the marble (which was never added).

San Pantalon is particularly well known for its immense ceiling painting, depicting The Martyrdom of St Pantalon. It was painted on canvas by Gian Antonio Fumiani between 1680 and 1704 (when he fell to his death from the scaffolding). It consists of 40 panels which were painted separately and assembled in the church. As the colour scheme is very dark, you can put a 50c coin in the slot to activate the illumination and admire it at its best. 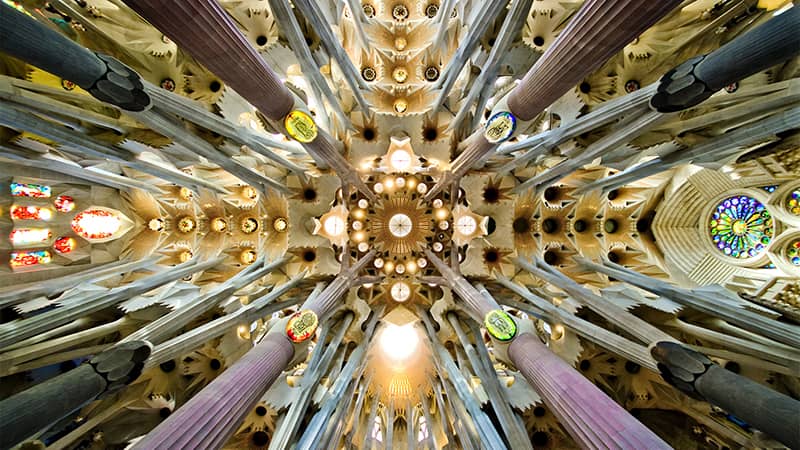 The Sagrada Familia is a large Roman Catholic church in Barcelona designed by architect Antoni Gaudí. Although it is not finished, the church is a UNESCO World Heritage Site. In November 2010 it was consecrated and made a minor basilica by Pope Benedict XVI.

Gaudí worked on it until he died. At the time of his death in 1926, less than a quarter of the building was finished. Gaudí envisioned the cathedral as a structure that could present the life of Jesus Christ over the course of 18 spires. Like many of his other buildings, Sagrada Familia is extravagant, with an interior filled with stained glass. When it’s completed, it’s expected to be the tallest cathedral in the world. 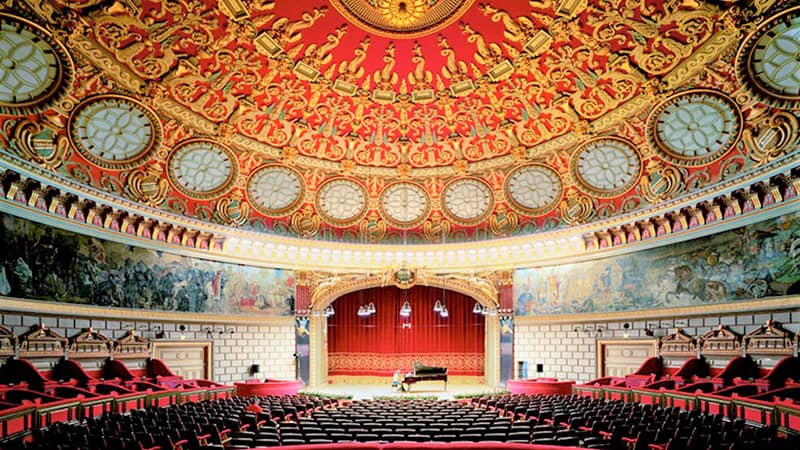 The Romanian Athenaeum is a concert hall in the center of Bucharest and a landmark of the Romanian capital city. Opened in 1888, the ornate, domed, circular building is the city's main concert hall and home of the "George Enescu" Philharmonic.

What not many people know about it is that it was built on the foundation of a former American circus! The Athenaeum project capitalized on the existing ground on which the circus was supposed to be built, hence its circular shape. 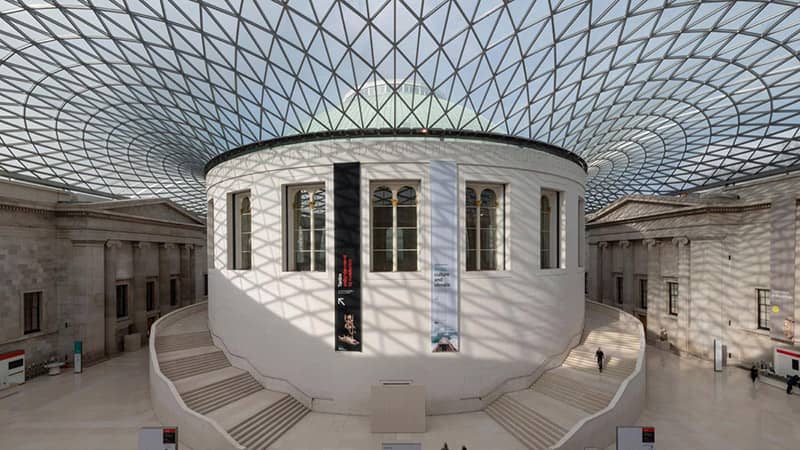 The most impressive feature of the Great Court of the British Museum is the glass roof which covers the space. Engineered by Buro Happold, the 3,312 individual panels of glass are held together by four miles of steel!

The construction project was called “Raising the roof” and it’s an ode to the fundraising campaign for the court. Every pane in the ceiling of the Great Court is a donation from visitors and Members, and many of these donations were made in honour of a loved one.

We hoped you liked them as much as we do! If you want to get a jaw-dropping ceiling of your own, you can always contact us to take care of that! You can find more examples of our work here, on our website. 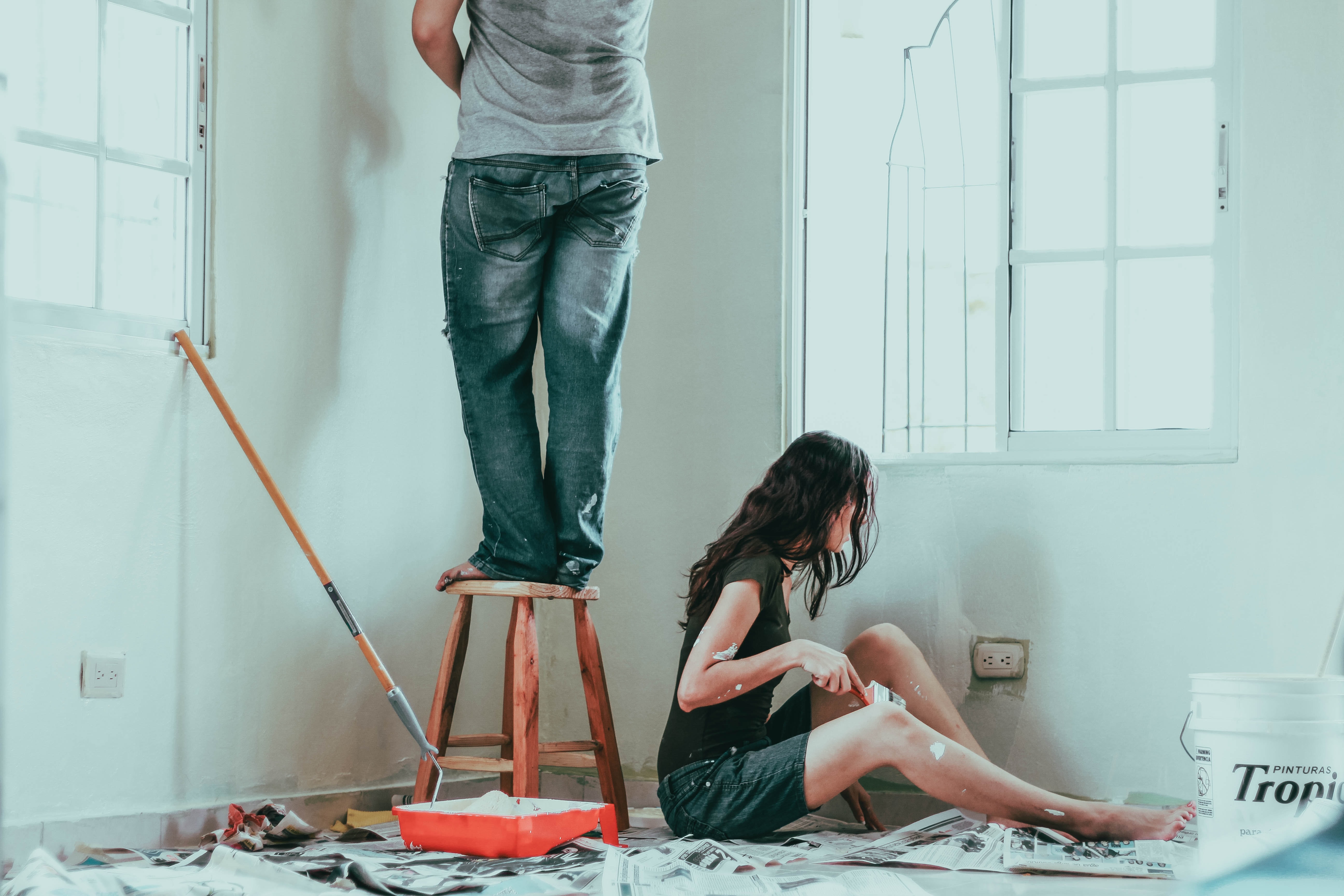 7 Ways to Add Personality to a Room 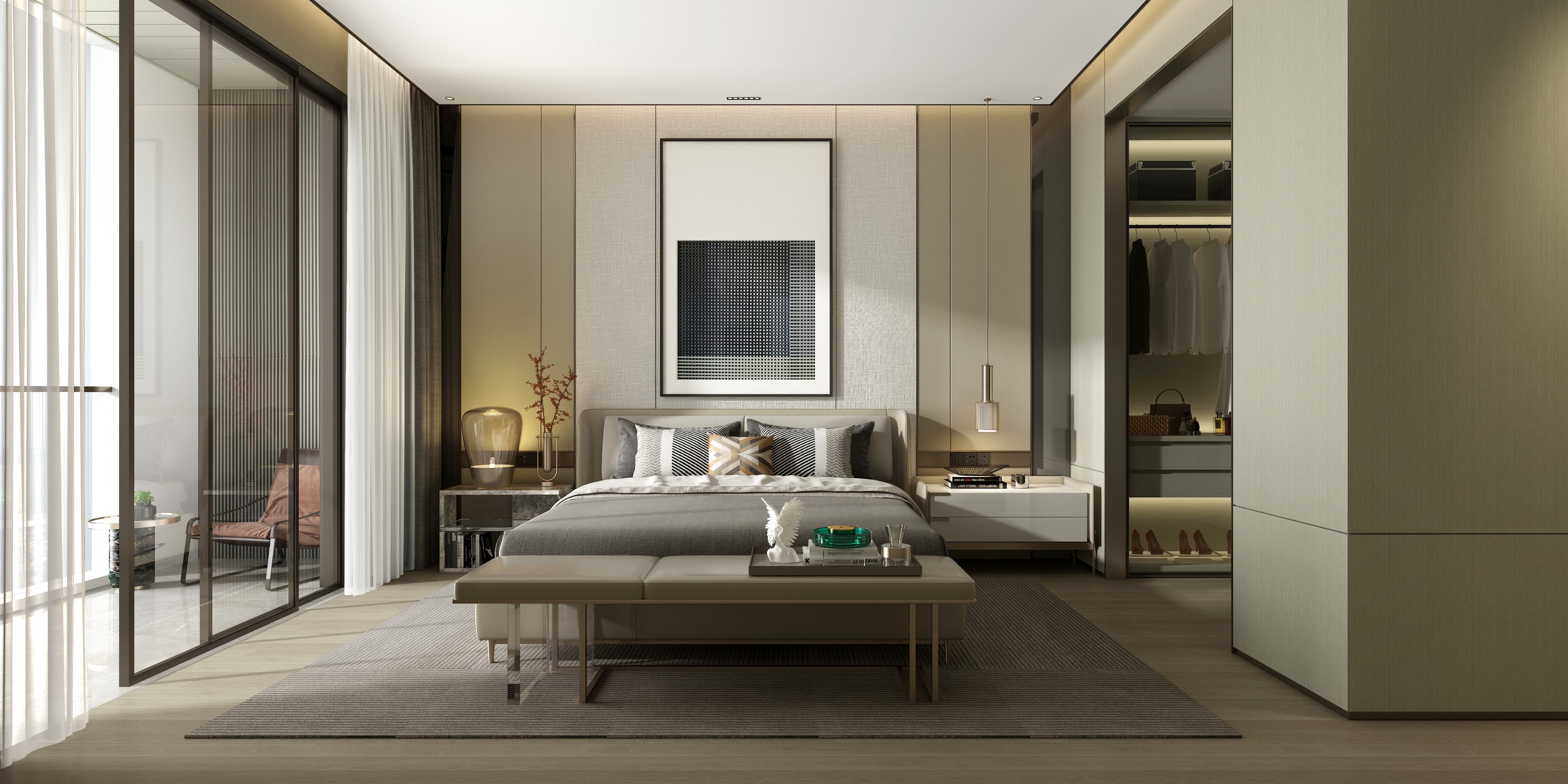 What is Luxury Interior Design? 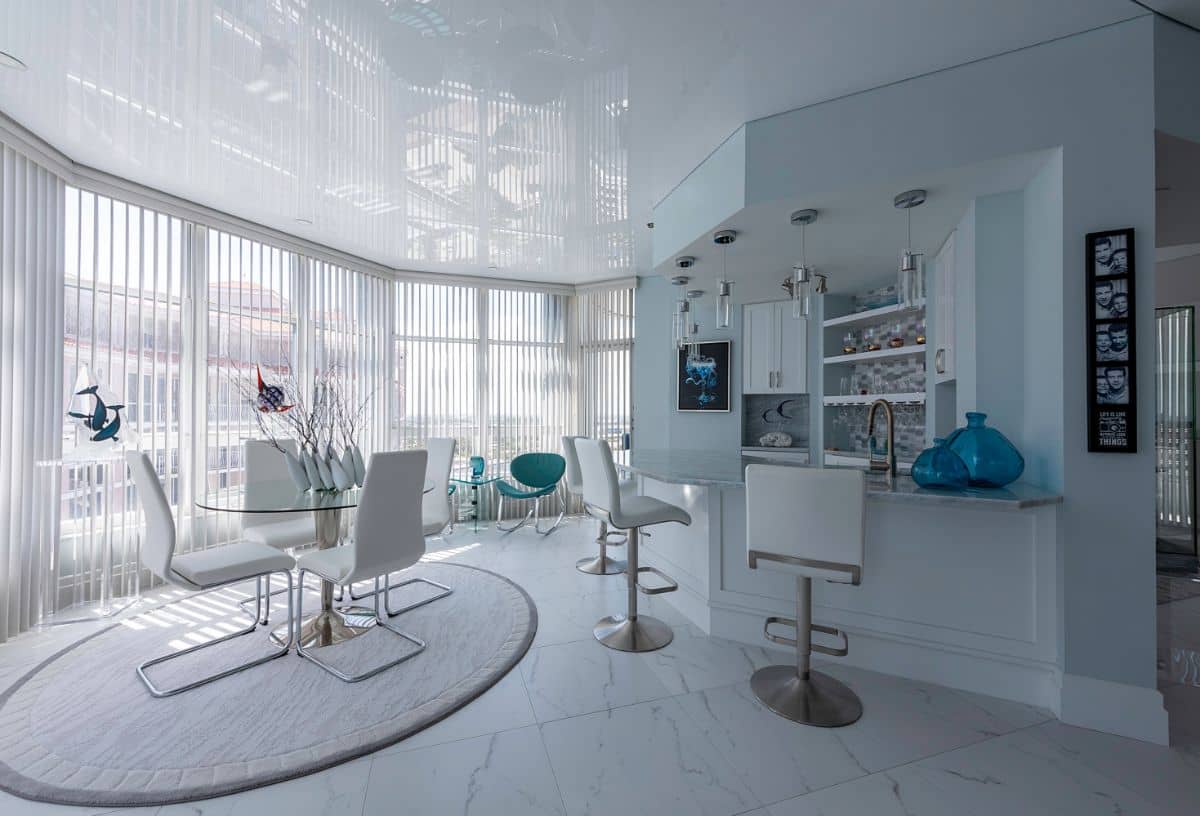 How lasers can help cutting precision and save time 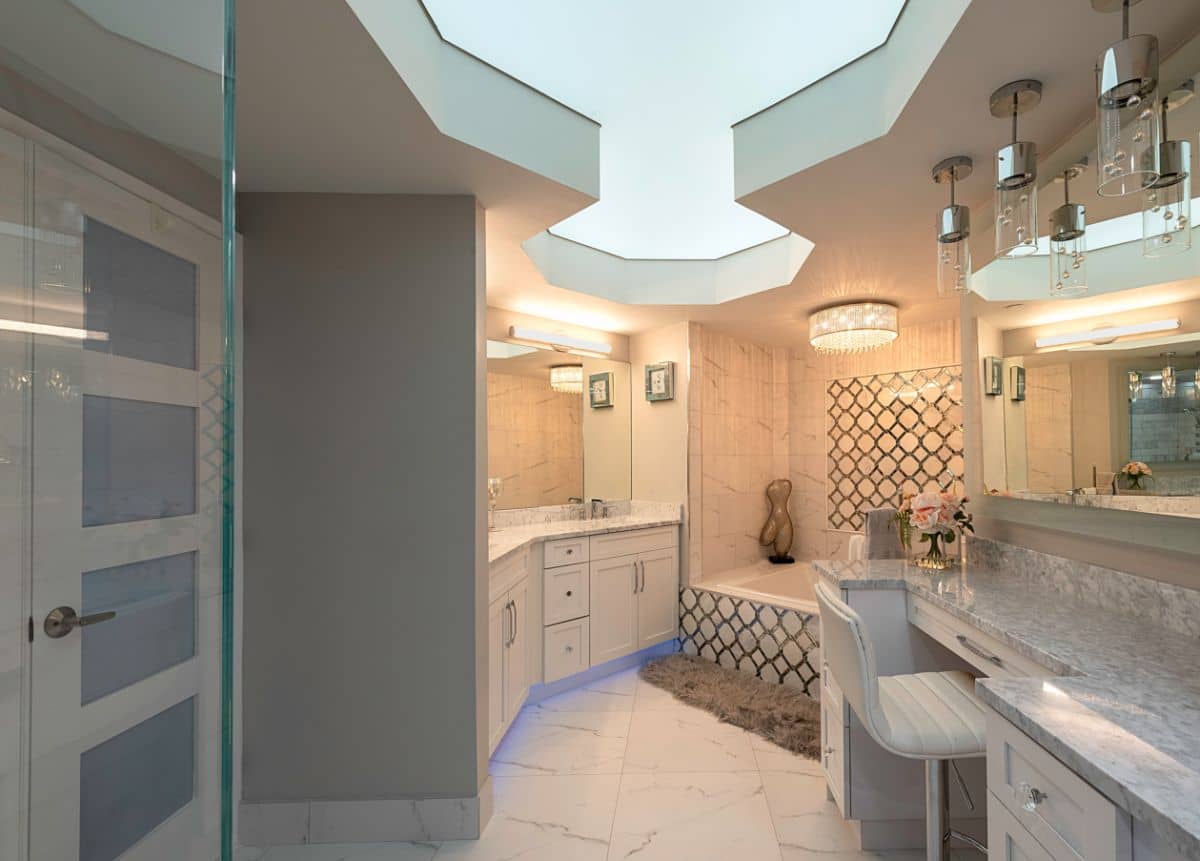 What Lighting is the Best for your Space

Give us a call!